The location of the battery on your Polaris ATV depends on its year and model. 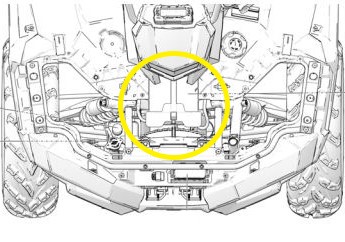 Battery Located in Left Front Wheel Opening
The battery (1) is located in the left front wheel opening, in front of the PVT cover, on the following models: 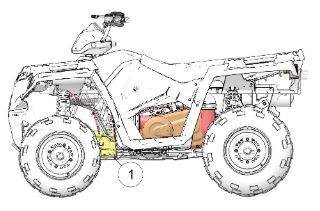 Other Battery Locations
Most other ATV models from 1985 through model year 2014 have a battery located under the left rear fender. 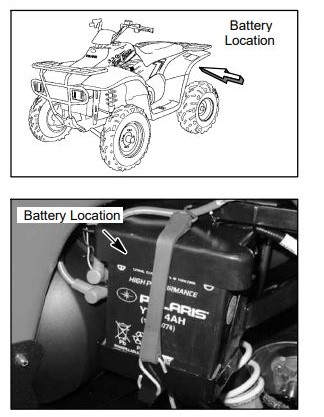 The exceptions to that rule are: 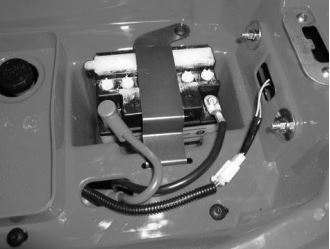 On 2010 Sportsman Touring 550 and 850 models, the battery is accessed by removing the passenger seat. 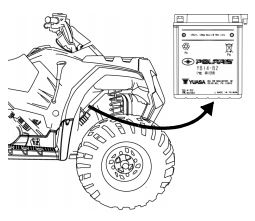 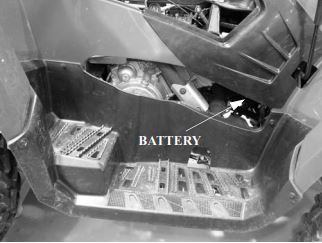 Outlaw 525 IRS models from 2009 to 2011 feature a battery located in front of the engine on the lower portion of the main frame. 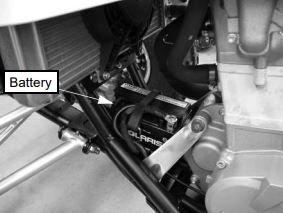 For more information, see your authorized Polaris Dealer. Find a dealer near you with the Dealer Locator.
For complete battery maintenance procedures, including charging, removal and installation instructions, consult your Owner’s Manual.